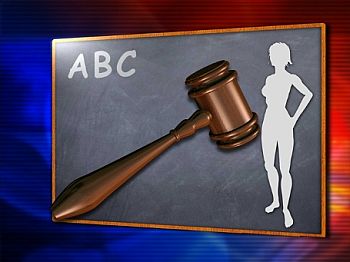 Behind the high voltage political drama unfolding in Jharkhand,a ghastly crime rocked Sahebgunj on Tuesday when a lady school teacher was stabbed to death by three students.

The FIR filed at the Sahebgunj police station states that Rita Biswas(55) tought science at St Joseph school.She was inside her house with her husband Ashish when a student of the school called Sumit with his two friends barged in.

“These students came and started talking about taking tution from my wife.Soon,Rita told me to get her a book from inside the room.When I entered into the room,the students pounced on her and started stabbinh her in her stomach,chest and hand.

As I came to save her,they stabbed me too”,alleged Ashish in his FIR.

Rita succumbed to her injuries while Ashish was undergoing treatment at a hospital.

The injured Ashish and Rita were rushed to the hospital by their neighbours,said the police.

Inquiry revealed that Rita took tution classes at her house.And those students of the school who took tution from her got good marks.But those who did not take her tution were given poor marks.

Asked what was the motive behind the murder of the teacher,Sahebgunj SP A.Vijya Laxmi said:”The students who had stabbed her allegedly had got poor marks from her in science subjects.”

None of the students were arrested so far.”They were not identified so far.We have taken Sumit into custody.But in the absence of his identification,we are not sure if he is the one who was involved in the crime”,said Sahebgunj Sub Inspector Rajendra Ram who was investigating the case.