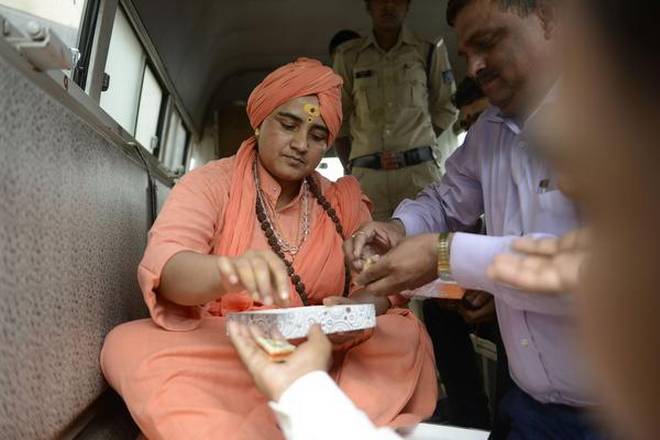 On September 2008, a blast at Malegaon killed six and injured 101. A division bench of Justice Ranjit More and Justice Shalini Phansalkar Joshi was hearing the pleas filed by Sadhvi Pragya. The Bench reserved the order in Sadhvi’s appeal on February 20.

The court levied conditions that the Sadhvi’s passport should be deposited at NIA court, she should not tamper with evidence of the prosecution, shall be present at to NIA whenever required and lower court should not be influenced by the observations of this order.

An earlier attempt of Sadhvi Pragya to get bail was rejected by special judge S.D. Tekale on June 28 2016. The judge had said, “there are reasonable grounds to believe accusations against Sadhvi Pragya is prima facie true.” The order said, “At the prima facie stage without going in the question of which versions of the witnesses is correct a safe conclusion can be drawn on the basis of the statement that in Bhopal meeting the applicant (Sadhvi) was present and in the said meeting there was discussion about growing jihad activities in Aurangabad and Malegaon and the accused was asked to do something for its prevention by expanding Abhinav Bharat Sangatan in the said area.”

On May 13, 2016, the central agency filed its supplementary chargesheet that dropped charges under the stringent law of Maharashtra Control of Organised Crime Act (MCOCA) against Pragya and five others.

Ms Thakur was chargesheeted by the Maharashtra ATS in 2009 stating that it was her motorcycle that was used to plant the bomb that that killed six people and injured 101. The NIA had found evidence against her to be the weakest and said that evidence against her was not substantial. In its supplementary chargesheet, the agency also said that the motorcycle, which was registered in her name, was used by an absconding accused.