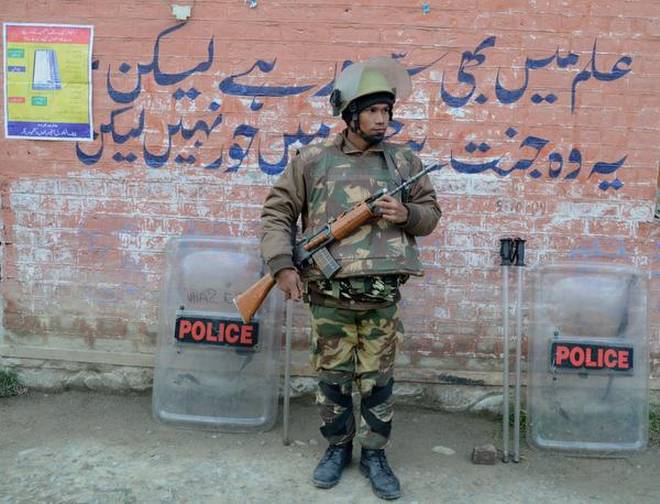 The voter turnout in the first three hours of repolling in 38 polling stations of Srinagar Lok Sabah constituency today has been an abysmal one per cent.

Only 344 voters of the 34,169 eligible persons cast their votes across all polling stations till 10 AM, officials said here.

Chadoora, which was worst hit by violence during Sunday’s polling, recorded 200 votes while Beerwah assembly segment saw 142 people turn up to vote, the officials said.

Eight persons were killed in security forces firing on rampaging protesters on Sunday.

The Election Commission has ordered a repoll on 38 worst affected polling stations.

Security forces have been deployed in strength in and around the polling stations to ensure that the events of Sunday are not repeated today.

Normal life across Budgam district remained affected due to the strike called by the separatists against the polling and prohibitory orders issued by the authorities under Section 144 CrPC for maintaining law and order.

Cancers most likely to be hidden in your genes