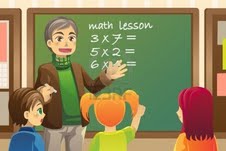 Till a decade ago,he was a terror.Today,Maheshwar Murmu teaches students at Lango village near Jamshedpur.

The school,set up by a social activist,has 120 students.Most of these students were sons and daughters of the CPI(Maoist) cadres who were killed in ‘encounter’ with the security forces.

Murmu,who was an Area Commander of the CPI(Maoist),had responded to the then SP Arun Oraon’s call and surrendered before him in 2001.Subsequently,he was sent to jail.
Remaining in jail for six years,he came out on bail last year.Though he had not benifitted from the state government’s surrender policy which entitled him to a number of benefits including Indira Awas and free education to his children,Murmu tought and enjoyed teaching students.

Asked for his reaction,Murmu,a Matriculate,who claims to have had picked up the gun and joined the CPI(Maoist) to “keep intact ancesstoral property about to be grabbed by his relatives”,said:”Freedom is essence of life.When I was an extremist,I used to spend days and nights in jungle.Fear to get rounded up by the police was a perpetual cause of tension.Now,I am enjoying life by teaching these students.”

Powell exhorts women to lead in all fields of science

Footballer in jail for raping a girl