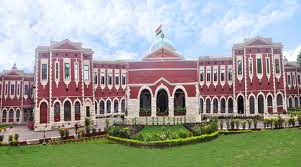 Thanks to the Rajya Sabha MP Parimal Nathwani,one good news has surfaced.During the past two- year rule of the Chief Minister Arjun Munda,the infrastructure facilities for judiciary have improved in Jharkhand.

Though he did not accord credit to Munda, Ashwani Kumar, the Union Minister of Law and Justice,has said that 25 court buildings were constructed in the past two years.Toward the same end,an amount of Rs.19 Crore was released to the Jharkhand government under the centrally sponsored scheme for infrastructure development of subordinate judiciary.

Kumar stated this on the floor of the Rajya Sabha in response to a question raised by its MP Parimal Nathwani who had sought to know from him about performance of National Mission for Justice Delivery and Legal Reforms (NMJDLR) in Jharkhand.

Kumar said that any further financial assistance to Jharkhand would depend on the utilization certificate submitted by the state government.He pointed out that the Jharkhand High Court had participated in pendency reduction drive last year between July 2011 and December 2011.This had resulted in reduction of long pending cases at both the high court and subordinate courts in Jharkhand,Kumar stated in his written reply..

The NMJDLR deals with the policy and strategic issues affecting pendency in the courts at macro level, the minister said and added that some of the issues did impact the states such as the release of funds for infrastructure development and pendency reduction drives undertaken from time to time jointly with the State High Courts. In the pendency reduction drive of July 2011 to December 2011, the net pendency in all courts was reduced by over six lakh cases, he said and informed that similar drive was launched during July 2012 to December 2012 as well.