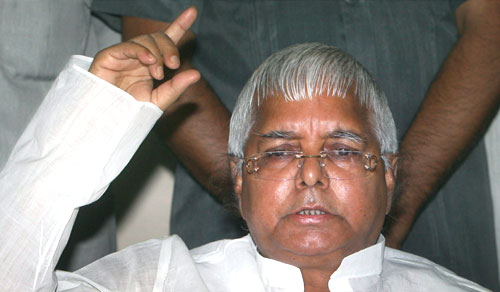 The RC 20 case of the fodder scam has taken a twist with RJD Chief Lalu Prasad moving the Jharkhand High Court complaining against the CBI court’s judge P K Singh.

While his move was seen as a desperate move to prevent verdict against him,Judge Singh was known for his uprightness.But his counsel echoed lalu’s heart when he said:”PK Singh is a relative of two JD(U) leaders who can influence RC20 fodder scam case verdict.”,

Lalu’s petition before the HC comes ahead of July 15 when the same court of P K Singh is supposed to deliver the verdict on RC20-96 case pertaining to fraudulent withdrawal of Rs 37.7 crore from Chaibasa Treasury during Lalu’s tenure as the Bihar chief minister.