Today’s good news is that the Infant Mortality Rate (IMR) in Jharkhand has come down to 38 per 1000 live births as per the latest bulletin released by the Registrar General of India for the year 2012.

“This is lower than the national average of 42 and also the rate in most of the north Indian states in the country”,states a press release issued by Moira Dawa,UNICEF’s Jharkhand unit’s Advocacy and Communication Officer.

In her communique Dawa states as follows:

Earlier, the Annual Health Survey (AHS) bulletin 2011-12released in June this year had also reported the IMR of the State as 38 per 1000 live births.

The Millennium Development Goal (MDG) is to reduce the IMR to 27 per 1000 live births by end of December 2015. Already two districts– East Singhbhum and Dhanbad – in the State have achieved this target and five districts (Bokaro – 28, Koderma – 30, Hazaribagh – 31, Ranchi – 32, and Deoghar – 34) are on track to achieve this target.

Other inventions to reduce infant mortality rates are promoting use of toilets (which is only 7% in the rural areas as per Census 2011); promoting hand washing with soap before taking food and after defecation; use of safe water;  promoting education of girls and preventing child marriage (which is about 52% as per AHS 2010-11). 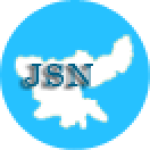 Lokesh: Honoured to be a member of Council